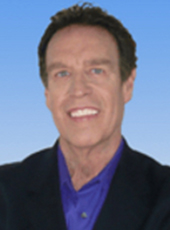 This interactive webinar will explore our best ideas for accelerating academic listening. The tips will include ways of increasing engagement, shifting learners into an “active listening” mode, and constructing “while listening” tasks with specific objectives. Participants will have the opportunity to ask questions and suggest their own tips.

Michael Rost, principal author of Pearson English Interactive, has been active in the areas of language teaching, learning technology and language acquisition research for over 25 years. His interest in bilingualism and language education began in the Peace Corps in West Africa and was fueled during his 10 years as an educator in Japan and extensive touring as a lecturer in East Asia and Latin America. Formerly on the faculty of the TESOL programs at Temple University and the University of California, Berkeley, Michael now works as an independent researcher, author, and speaker based in San Francisco. Michael is the author of critically acclaimed works on second language development, including Teaching and Researching Listening (Routledge) and Active Listening(Routledge), Dr. Rost’s interests focus on spoken interaction and listening. He is also author or series editor of a number of successful EFL/ESL courses, including the global series Worldview and English Firsthand, as well as the academic listening series, Contemporary Topics (Pearson).

Request a demo or a trial: Pearson English Content Library Powered by Nearpod